This article explores and explains the most standard, essential, and remarkable qualities of intelligent people.

Specific people with sharp minds who can solve mathematical questions within minutes or know random facts about almost everything are often considered intelligent.

When we say a person is intelligent, our mind conjures typically an image of some highly efficient personality with a high IQ.

The truth about intelligence is that you don’t need a sky-rocketing IQ to be considered intelligent. Many knowledgeable people are unaware of their intelligence, or IQ, for that matter.

You are considered intelligent if you are flexible in your thoughts & ideas, adaptable to changing environments, know when and how much to speak, and are masters of managing your emotions.

Contradictory to many people’s beliefs, intelligence is not limited to mental abilities; instead, it combines intellectual, emotional, and social intelligence.

Intelligent people often think out of the box and constantly generate new ideas. They don’t limit themselves to just giving ideas; they take action, work continuously and make the idea successful.

Also, intelligence comes in various forms. There is no fixed indicator that points to a person’s intelligence. William Shakespeare, Elon Musk, Warren Buffet, Marie Curie, and Steve Jobs have different expertise in diverse fields. They are considered intelligent in their own ways.

But there are certain traits and qualities of intelligent people that are most common across all spheres.

The article takes the thread of such remarkable qualities of intelligent people and explains them with the help of facts and true-life examples.

One of the most typical qualities of intelligent people includes being open-minded and skeptical.

As we have discussed, intelligent people think out of the box to generate multiple ideas. But they don’t stick to one idea. They like to keep their minds open to new and more viable ideas.

Intelligent people are particularly open-minded to others’ opinions, solutions, and arguments. At the same time, they can’t be classified as fickle beings because once they are sure about the viability of their idea, they are not deterred.

Another quality of intelligent people is that they are broad-minded and open to new reliable solutions, but they are also very selective about which ideas they will implement.

Intelligent people are known to be cautious risk-takers. One of the best examples is the ancient story of the golden sword.

Once in ancient times, there lived a man named Agartha. He invested all his life savings and money in making a sword of gold.

The golden sword was made at the expense of Agartha being broke, but he believed the king would buy the blade for more than it’s worth.

Upon inspection, the king rejected the golden sword saying this sword is too heavy and hence can’t be used for the art of war.

Here, Agartha’s idea of the golden sword was good, but he failed to test the reality and practicality of the idea.

His confirmation bias restricted him to his existing beliefs and interpretations.

Our minds conjure tons of ideas daily, but not all ideas are viable.

This does not mean that intelligent people don’t take risks. They take risks but not on whims. They secure themselves with the guarantee of survival of an idea in the market before investing themselves in the idea.

Using the words procrastination and productive in the same sentence is in itself a paradox. We are always taught that procrastinating is a bad habit that leads to unproductivity.

But what if I say that sometimes you can use procrastination to your advantage for productivity and better ideas.

Has it ever happened that you are continuously thinking about an unfinished project or mystery novel you just started?

There is a reason such interrupted and unfinished tasks keep you up at night. Psychologists call it the Zeigarnik effect.

There, the waiters can better memorize and remember the unpaid orders, whereas they had faded memories of the completed orders.

Similarly, in our daily life, when we start working on something and are interrupted or are unable to complete the work, thoughts about the unfinished tasks occupy our minds. We continuously think about them while doing other tasks.

We may consciously stop doing a particular task, but subconsciously our mind is still working on it.

And the next time you start working on the same unfinished tasks, you tend to have better ideas and thoughts as compared to the first time.

This effect is especially beneficial for creative work. Using procrastination productively is one of the qualities of intelligent people that makes them unique.

They start a task and keep it unfinished to enhance their thoughts and get better ideas.

Use this effect to put forth one step towards your dream, no matter how small. Once you start, this effect will have you keep coming back until you have achieved what you want.

People often say that quality matters more than quantity, which is correct. But this idea of quality over quantity is not right sometimes.

You won’t be able to have 1 good quality idea without experience, and for the experience, you need quantity.

Generating more quantity of ideas is one of the potent qualities of intelligent people.

An example in the book Art & Fear better explains this phenomenon. A ceramic teacher classified the students into 2 focus groups.

Group A was told to create as many pots as possible. These students would be graded on the quantity produced.

On the other hand, Group B was told to make only 1 perfect masterpiece which would be graded on quality.

The results were shocking. Most of the quality pots came from Group A.

While Group B was sitting and theorizing about their masterpiece, Group A was making more and more pots. They were learning and practicing in the process.

Hence, they could make more excellent pieces compared to Group B.

You can’t expect to become a master at something without practicing.

Shakespeare wrote more than 37 plays to get that one best play. Great artist Picasso has more than 2800 ceramics, 1800 paintings, and 1200 sculptures registered under his name.

Next on the list of most intriguing qualities of intelligent people is that they have an immense amount of self-control and discipline.

Intelligent people are mature enough to control their emotions and impulses before they can cause harm to their life or work.

High self-control indicates that the person is smart enough to think before making decisions.

You would never see intelligent people doing things just to impress their colleagues, friends, or peers. They would rather be alone than do things to impress others.

An experiment conducted in 2008 states a clear connection between intelligence and self-control. Participants were told to get IQ tests for rewards.

This reward, if taken immediately, would be a small amount, but if taken at a later date, the participants would get more money.

The people who opted for a later date payout and had self-control were seen to score high on their IQ tests. High self-control can hence help you move ahead and succeed in life.

The sign of intelligent people is the ability to control their emotions by the application of reasons.

Being naturally observant and silent is another set of qualities of intelligent people. You would often notice that smart people are mostly silent. They are watchful of their surroundings, colleagues, meetings, and presentations.

In a world where people talk more to attract attention and show their superiority, intelligent people choose to remain silent.

Remaining silent in this talkative world brings clarity and realization of subtle patterns others have missed in the conversation.

This, however, doesn’t imply that intelligent people don’t talk at all. Instead, they only speak about things they have knowledge about. They are satisfied with their opinions and don’t need other people’s acceptance of the same.

When people talk more, they are in pursuit of making an impression on other people.

While, silent people who choose to observe such people gain more insights through their facial expressions, body language, communication patterns, etc. You can see people for who they actually are beyond their masks.

Speaking has boundaries, but listening has no limitations, and anyone can do it. You also learn more things by observing rather than speaking.

Have you encountered someone who continuously asks questions?

For example, children. Children are inquisitive about the entire world. They often ask us questions we have no answers to.

This points out that the intellectual sphere of a child is growing. Children who ask more questions will receive more answers, making them intelligent. Hence, asking questions is essential.

Knowledge is all about having the correct answers, but intelligence is asking the right questions.

But as we grow up, life catches up. We are stuck in mundane life, doing the same things every day without asking questions.

One of the crucial qualities of intelligent people is that they are as curious as a small child. And they ask good questions.

Intelligent people ask the right thought-provoking questions to help solve more significant life problems. Anyone can ask questions, but the right question challenges your mind and compels it to think of logical and acceptable solutions.

I have no special talent. I am only passionately curious.

8. Very adaptable and open to change

Last in the list of qualities of intelligent people is that they are very adaptable to changing situations.

Research has claimed that intelligence is more about changing yourself to cope actively with diverse situations, environments, and behaviors.

Intelligent people understand the science behind changing behavior and use it to move ahead in life.

Regardless of the number of complications and uncertainties intelligent people face, they show immense potential to do things ordinary people can’t do.

The most common blockage for any individual to attain success is his inability to adapt and change as per the situation demands.

For example, the business traditionally focused on mouth-to-mouth publicity and good products. The advent of the internet expanded the digital horizon for companies to increase their reach and provide lasting services.

Businesses unwilling to adopt digital development will lose their business and profits.

Intelligent people are not afraid to change themselves for their growth and development. They open their mind, heart, body, and soul to things that could positively impact their life.

The most common qualities of intelligent people include knowing the limits and boundaries. Wise people don’t limit themselves by saying they know everything.

They are the most down-to-earth people in the room. They know there is so much in the world that they don’t know or understand.

When they don’t know things, they admit to their shortcomings and are willing to work on them. This quality makes them open to new experiences and learnings.

Another quality of intelligent people is showing compassion and empathy towards other people’s feelings and experiences.

They are always willing to learn from other people’s experiences. Hence, intelligent people often read a lot.

A study conducted by ——(BUSINESS INSIDER) said that less intelligent people tend to overestimate their cognitive ability a lot. Hence, they often feel they know everything.

The problem with the world is that intelligent people are full of doubts while stupid ones are full of confidence. 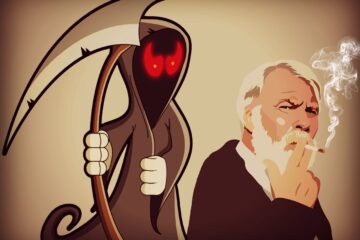 Get Rid Of These Habits: They Are Ruining Your Life

Get rid of these 5 habits immediately. Because these habits ruin your life. Check the list to ensure you don’t have these habits. Introduction  A habit is a routinely performed act. It sticks to us Read more… 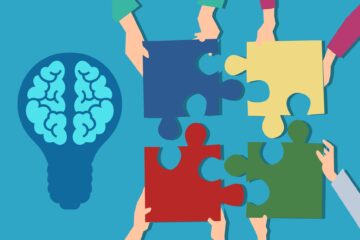 Regardless of how much time you have, it would not be enough if you are not organized. You have to work smarter and not harder to achieve all the tasks on your to-do list efficiently.  Read more… 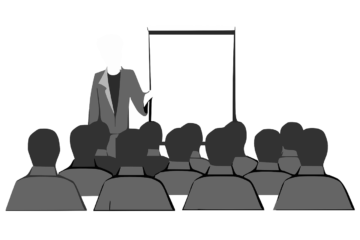 20 Life-changing Lessons For The People In Their 20s

The 20s are an uncertain time for many. This article states life-changing lessons for people to learn in their 20s. Introduction  The period of the 20s is an extraordinary juncture. With tons of unique experiences Read more…