This article uncovered 10 Unusual and hidden qualities of silent people or introverts that make them unique and successful.

Our world is divided into 2 types of people. Introverts and extroverts. Carl Jung, the psychologist, first used these terms in the 1920s.

Another type is a mixture of introvert and extrovert known as ambivert.

In this article, we will talk about the qualities of silent people and introverts. Silent people or introverts are often misjudged for being shy and timid. And hence, many people believe that they can’t be successful.

Especially when the world glorifies extroverts so much. But that is far from the truth.

Sometimes, during a collaboration, individual and group limitations become the same. So it is necessary to get some alone time to inspect yourself and your work.

Solitude and silence are qualities of silent people that help them monitor their progress, strengths, weaknesses and drawbacks.

It also enables them to push through their limitations and improve their skills along the way.

Our society is very attracted to aggressive extroverts. The community often feels only those people can become successful.

It is proven that people who talk less develop their soft skills by speaking less and listening more.

These qualities of silent people, listening more and speaking less, help them understand the customer’s requirements and problems more accurately to solve them satisfactorily.

An efficient listener can become an excellent friend to you.

People who talk less or only talk when necessary ensure an aura of trust around themselves. You will feel safe sharing your life secrets with them.

It is because you know that a silent person will not participate in unnecessary babble or futile gossip that could leak your secrets.

You don’t feel very safe sharing secrets with a chatterbox because they can intentionally or unintentionally spill your secret to others.

Silence is essential for any relationship, whether friendship, love, family or even professional life.

Don’t do all the talking when you enter into any new conversation. Be silent and attentive. It makes the other person realise you are listening to them, which will ensure that you will be heard when you speak.

Among the various hidden qualities of silent people, one of the most beneficial is silence as a conversation.

We have often learned about 2 types of conversation: verbal and non-verbal. Verbal is related to all oral forms of communication, while non-verbal includes written communication and body language.

But there is another effective form of conversation, which is silence.

Here silent communication refers to the absence of speech. It doesn’t exactly mean that the person is not speaking or communicating. Silence in speech can be interpreted differently in different situations.

Example thoughtful silence. When your co-worker or friends ask you for a favour or work, don’t immediately answer because if you don’t think clearly, it can cause problems.

Instead, spend some time in thoughtful silence and then accept or reject the favour according to your wish.

While doing a speech or presentation, people use silence to emphasise a vital point. This silence helps people to efficiently understand what you have actually emphasised.

Silence in conversation also provides a gateway to empower others. It enables them to speak their thoughts and views about the conversation.

Amongst the various qualities of silent people having straight priorities is the most influential in achieving success. Silent people are incredible thinkers who prefer to think more and speak less.

Deep thinkers make for great planners. It is because they know talking endlessly about wanting something will not take you anywhere. It is the work and planning that will ensure your goals are accomplished.

Silent or introverted people prefer to hone their craft for hours and work towards their goals and dreams.

While most of their colleagues are going out and partying all day, silent people prioritise their work and adhere to their beliefs.

Being self-aware refers to knowing oneself better, like understanding your shortcomings and strengths.

Silent people also become successful because they understand their weaknesses and take concrete steps to improve themselves. A person who talks more takes time to connect with the inner self.

If you want answers to your life tragedies or problems, you just have to stay silent, and the answers will come to you.

It is not that silent people have fewer problems; it is just that they have found solutions to their problems by connecting to themselves.

Silence and solitude are needed to make sense in the clutter of worldly chaos, which may constrict you from finding solutions that are right before your eyes.

Amongst the number of qualities of silent people, grounding oneself is very important. Silent people centre themselves and have excellent self-control over themselves. Further, silence helps strengthen the health of your mind.

For example, when a silent person gets into a fight, which they seldom do, they don’t just speak words in a fit of rage.

They use silence to remain calm, think clearly, and put their thoughts or views in a calm and composed manner.

Whenever they communicate, they choose their words with care to not hurt anyone. This garners respect and helps the other person understand clearly, ensuring better results.

There is a vast difference between saying more and talking non-stop. Being direct and concise in speech are qualities of silent people.

Some people can’t remain silent and fill the gaps in conversation by blabbering unimportant and stupid things.

Influential and silent people talk less, and when they speak, their speech is direct, concise and to the point.

Also, they are great observers. If someone doesn’t believe in talking non-stop and staying in the background, it suggests they are observing the surroundings. This helps them sort clues and patterns to win the argument and deals.

The next in the list of qualities of silent people is that they prefer to have quantity over quality. This is true for their work, social circle, or words.

They believe in working on a few projects but giving their best to make them a success. Similarly, they are very choosy with words and only speak limited but influential words.

Silent people often associate themselves with fewer friends, relatives or family members. But it is a misconception that introverts can not network.

Instead, they form a network with only a few people they trust to inculcate meaningful and valuable connections.

Creativity and focus are two essential qualities of silent people that make them unique. Silent people are thinkers who prefer to explore different ideas and theories in their alone time.

This creative thinking and the state of ultra focus empowers them to relate various theories, leading to innovative ideas.

The innovative and creative ideas help businesses stay ahead of the competitive curve and dominate the market.

Silent people are less interested in unnecessary gossip or outings; instead, they want to focus on their passion and work with their full ability.

Silent people may speak less on the outside, but they talk a lot within their heads.

The understanding that only extroverts can be successful is getting replaced. The world is slowly learning the true power and capability of introverts.

Many influential personalities have understood the power of silence and have started investing their time in practising meditation and solitude. Being silent in this noisy world is a novelty that attracts people.

Once you understand the true power of silence and accept it, you will witness positive changes.

Every day in the morning and at night before going to bed, practice silence for some time. This will enhance your focus, make you feel grounded, amplify your awareness and keep you relaxed.

Some people fear silence; they freak out when there are blank spaces in communication. They desperately want to fill the gaps and hence start speaking about things that are not necessary.

Don’t be afraid of silence. Learn to embarrass the silence; it will make you powerful not only on the inside but also on the outside. 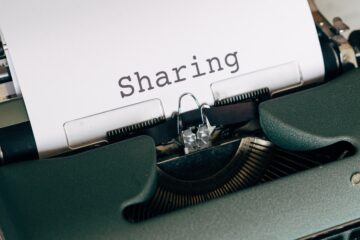 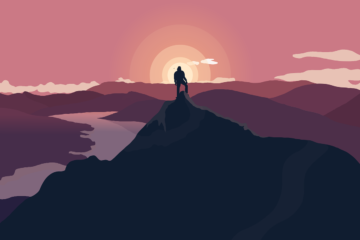 You Need To Cultivate Success Mindset To Become Successful

For business growth, personal development, and success in life, you have to cultivate a success mindset. This article shares 6 strategies to do the same. Introduction  Everyone in the world wants to be successful. But Read more… 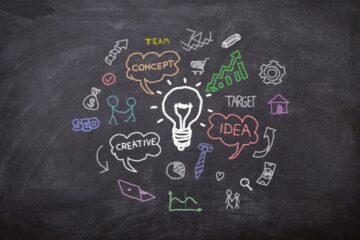 The Evergreen Fundamentals Of Marketing

Introduction Learning the fundamentals of marketing is very important in our life. Marketing is all about selling and buying a product or service from the market. It further includes promotion, advertisement, delivery, and media exposure Read more…